2015 Laureate of the Arenberg-Coimbra Group Prize for Erasmus Students 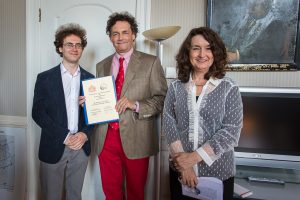 This year there have been nineteen nominations from eight Coimbra Group Universities for the Arenberg-Coimbra Group Prize for Erasmus Students. The selection committee consisted of Professors Henri Luchian from Alexandru Ioan Cuza University of Iasi (chair), Zeynep Çiğdem Kayacan from Istanbul University and Christian Cormier from the University of Poitiers. 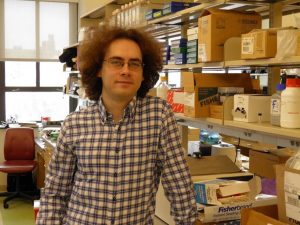 The selection committee for the 2015 Arenberg-Coimbra Group Prize for Erasmus Students is pleased unanimously to nominate Benjamin van Soldt from the University of Leiden (The Netherlands) for this year’s award. Mr Benjamin van Soldt spent his Erasmus exchange visit as a final year Master student in Biology for 11 months during the academic year 2013-2014 at the University of Aarhus (Denmark).

Of all the nominees, Mr Benjamin van Soldt made the most comprehensive and convincing case for the added value of the Erasmus experience.
Mr Benjamin van Soldt identifies two stages of his Master studies: the first one in his home university, Leiden, and the second one in Aarhus. The option for a one-year Erasmus study visit at Aarhus University was part of a carefully designed research plan: after having studied developmental aspects of the snake lung and pulmonary arteries in Leiden, a physiological study was in order for gaining a new perspective on the topic. The best choice for working in a department of animal physiology was Aarhus University. Indeed, two leading scientists from the zoophysiology laboratory at Aarhus University, Professors Wang and Danielsen, provided Mr van Soldt with the opportunity to study in depth the pulmonary arteries of Pythons and to reach new and relevant results.
The well-chosen title of the motivation letter also illustrates convincingly the added value of Mr Benjamin van Soldt’s Erasmus visit to Aarhus: “Evolution through Erasmus”. Mr Benjamin van Soldt’s convincing summary of the added value of his Erasmus visit emphasises his deeper understanding of cardiorespiratory evolution, identifying new research problems and working with top scientists. By the end of his Erasmus visit, Mr van Soldt gave an international conference presentation, co-authored with the two leading Danish scientists, on his above-mentioned research topic in Aarhus. Mr Benjamin van Soldt pursues his research work at the Department of Genetics and Development, Columbia University Medical Center, New York, USA.
The Committee would like to congratulate Mr Benjamin van Soldt on this year’s Arenberg-Coimbra Group Prize. We would further like to congratulate the other candidates, all of whom are excellent young international researchers in their fields, and worthy ambassadors of the Coimbra Group Universities where they were awarded their degrees and undertook their exchange periods.