The CG back in Myanmar with CHINLONE project 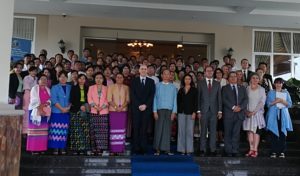 Six months after the successful training course organised by members of the Development Cooperation Working Group (Universities of Bologna, Granada and Vilnius) in Myanmar (see the March edition of the CG newsletter), the Coimbra Group was back in Myanmar, this time within the framework of the Erasmus+ capacity building project CHINLONE – Connecting Higher education Institutions for a New Leadership on National Education. The Coimbra Group Office attended the second project meeting and public conference together with the universities of Uppsala, Granada, Mandalay, Yangoon, Yezin Agricultural University, Yangoon University of Economics, Dagon University and the Ministry of Education of Myanmar, under the coordination of the University of Bologna.

The project meeting was held back-to-back with a public conference geared towards senior management staff at higher education institutions in Myanmar. The first day was devoted to the consortium meeting, during which we validated the preliminary report on Myanmar’s Higher Education reform which focused on the areas of academic governance, teaching activities, research and international relations.

The following day was devoted to the public conference “Reforming Higher Education: a Lesson from the Bologna Process”, which was attended, in addition to the project partners, by over 90 higher education institutions in Myanmar, the country’s Minister of Education, the Director General of Myanmar’s Department of Higher Education, the Deputy Head of Cooperation from the EU delegation to Myanmar, and the Italian designated Ambassador. Participants discussed the Bologna Process and its tools and how these can be relevant for Myanmar, standards and guidelines for quality assurance, curriculum development and design of degree programmes, generic competences, data collection and student involvement.

The conference was followed by a workshop aimed at addressing the conference themes in a hands-on manner through group work and simulations.

A special thanks goes to Loreta Skurvydaite (Vilnius University) and Joaquim Ramos de Carvalho (University of Coimbra), member of the CG Executive Board, for representing the Coimbra Group at the conference and providing their expertise on the Bologna Process and curriculum development. 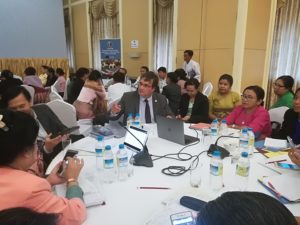 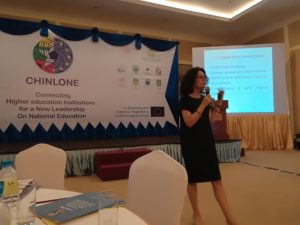 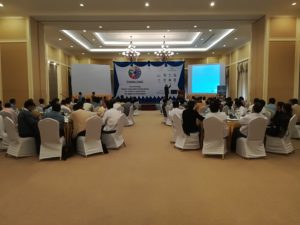 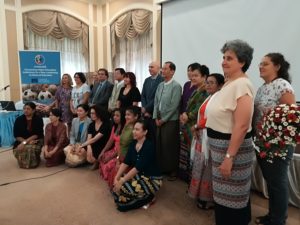