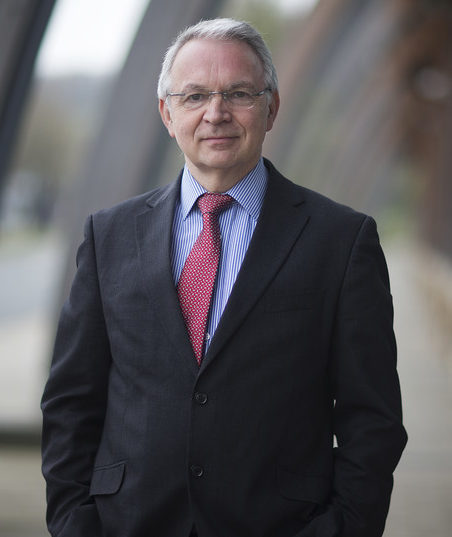 Stuart Corbridge joined Durham University in 2015 from the London School of Economics and Political Science, where he served as Deputy Director and Provost. In 1978, he graduated with a First Class BA Honours degree in Geography from Sidney Sussex College. He continued at Cambridge for his PhD, which was focused on the politics of ethnoregionalism in Jharkhand, India and carried out field-based academic work in eastern India into the 2000s. Alongside this, he has worked extensively in that region for the UK’s Department for International Development, including on public service delivery issues, joint forest management, participation and empowerment.  His major publication (with Glyn Williams, Manoj Srivastava and Rene Veron, 2005) remains, Seeing the State: Governance and Governmentality in India.
He has held posts at Huddersfield Polytechnic, Royal Holloway, Bedford New College (University of London) and the Maxwell School of Public Affairs at Syracuse University. In 1988, Corbridge was appointed to a Lectureship in South Asian Geography at Cambridge University and was elected to a Fellowship at Sidney Sussex College. He remained at Cambridge for the next eleven years before taking up a post of Professor of International Studies at the University of Miami, USA and later a Chair in Geography at the London School of Economics. He became the Head of the Department of International Development in 2007 and from 2010 served as Pro-Director for Research and External Relations. In 2013, Corbridge was appointed as the first Deputy Director and Provost of LSE.  At LSE, he led work to develop LSE’s core undergraduate course (LSE 100) and to improve systems of academic recruitment, mentoring, review and reward.