The Green(er) Erasmus+ pilot programme developed by Eurail and the Coimbra Group confirmed a growing demand for sustainable travel solutions. The initiative took place in the academic year 2021/22, a timely celebration for 2021 as European Year of Rail and for 2022 as the European Year of Youth! 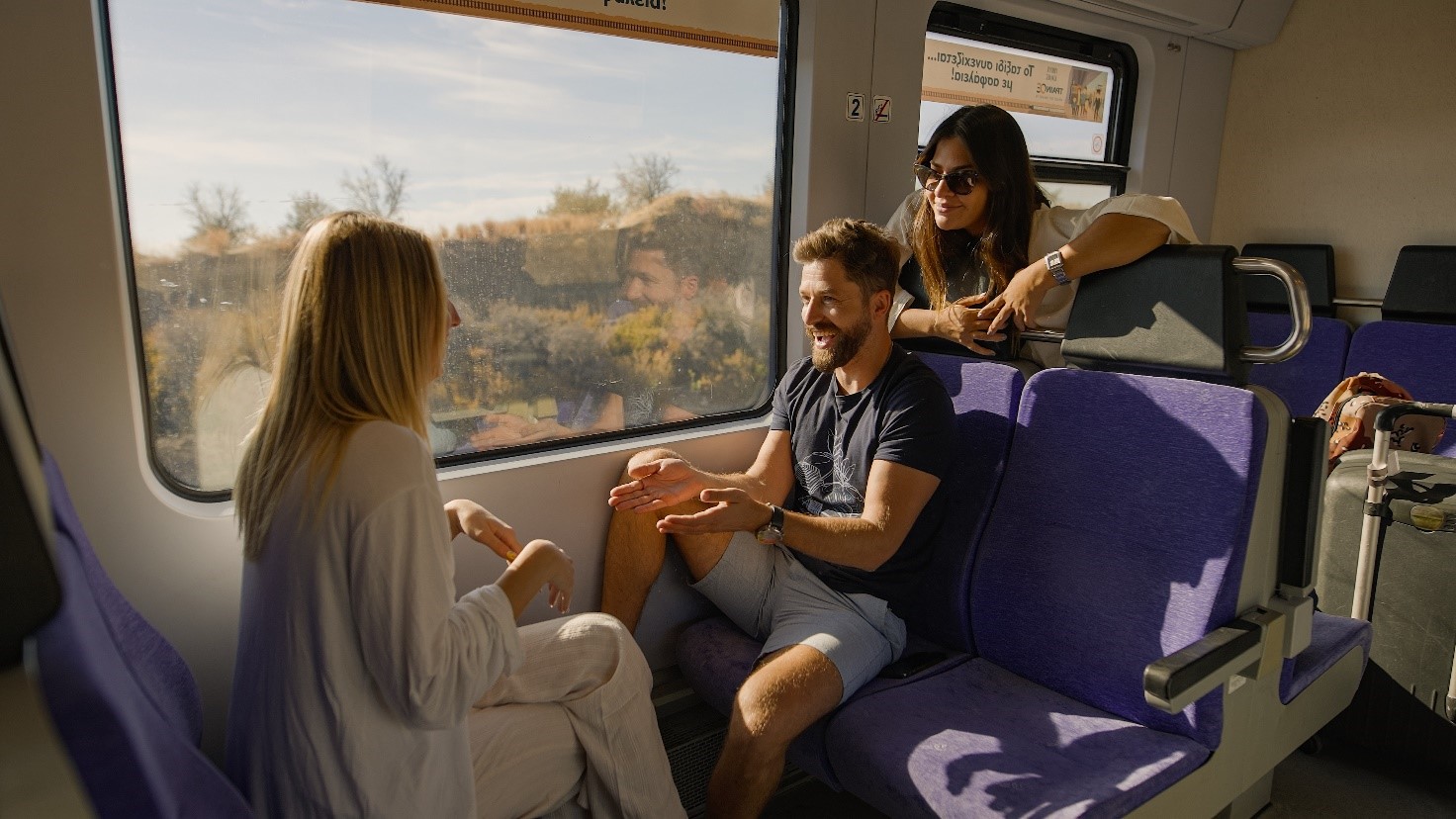 Beneficiaries could then use their Interrail pass to travel by train to and/or from the host university, as well as to explore the richness that their host country (and beyond!) had to offer. In total, Erasmus+ students and staff from Coimbra Group Universities acquired over 350 Interrail passes.

The survey accompanying the pilot project*, which was conducted across the 28 participating universities over 16 European countries, showed that 8 in 10 students consider their environmental footprint when choosing international transportation options, a percentage that reaches 90% when focusing on those who purchased the discounted Interrail Pass.

The growing interest for greener travel solutions is observed throughout Europe, with peak rates in central Europe, as well as a consistent distribution in both Nordic (UK and Scandinavia) and Mediterranean countries. The train preference increased for participants whose end destinations were not separated by sea or involving more than one day of travel.

“Coimbra Group universities have always been pioneers when it comes to internationalisation and student mobility.  By experimenting sustainable mobility solutions with this flagship initiative, they have once again proved to be thinking ahead, with tangible successful results. We hope that this pilot will act as a seed for change in the future of the European Union programmes”, as Ludovic Thilly, Coimbra Group’s Executive Board Chair commented.

The positive response to the initiative might represent a crucial and promising U-turn when compared to the over 75% of the 335,000+ Erasmus students who travelled by plane to and from their host country in 2019**.

Nevertheless, 59% of the survey respondents still travelled by plane, which is likely to depend on the fact that many young people would like to travel more sustainably, but cannot afford the costs of train journeys, as many open answers to the survey suggested.

Some of the respondents to the survey commented: “Students often want to make greener decisions but don’t have the money for it”. Also: “This is the type of programme we need. We truly need a system shift which starts in the mind… it starts with the choices we make”. A stark reminder of the general commitment that this ambitious goal demands.

“In its 50th anniversary this year, Interrail remains an invaluable tool that is reshaping sustainable youth mobility and cultural exchange. We are delighted to celebrate Interrail’s historic significance and discuss rail travel essential role in shaping European youth and the future of sustainable travel in Europe”. Commented Carlo Boselli, Eurail General Manager.

The pilot collaboration between Eurail and Coimbra Group embodies the spirit of a borderless Europe and the Green Deal principles. It arrives in a context where universities are shifting their international strategies from numbers to a more meaningful and sustainable internationalisation. The Interrail Pass and supporting projects such as the Coimbra Group Pilot Programme for Erasmus+ are instrumental in highlighting the intertwining of European identity, youth and rail, as well as fostering and boosting a greater interest for greener travel.

Eurail and Coimbra Group hope that the learnings from this pilot programme will influence EU policy makers and resonate in the higher education landscape, towards a new era in sustainable mobility. The parties’ commitment is to continue advocating for a stronger support and incentive to achieve an increasingly Green(er) Erasmus+.

*About the Coimbra Group-Eurail Pilot Programme

Eurail gives travellers from all over the world the opportunity to experience flexible, borderless train travel across Europe. With a Eurail or Interrail Pass (for non-European and European citizens respectively), travellers of all ages can use an expansive network of train and ferry connections to travel in and between up to 33 countries. Eurail and Interrail Passes are available via the Eurail.com and Interrail.eu web shops, as well as via an extensive network of trusted distribution partners worldwide. Eurail B.V. is owned by over 35 European railway and ferry companies, and is based in Utrecht, the Netherlands. For more information, visit www.eurail.com or www.interrail.eu.

About the Coimbra Group

Founded in 1985 and formally constituted by Charter in 1987, the Coimbra Group is an association of long-established European comprehensive, multidisciplinary universities of high international standard committed to creating special academic and cultural ties in order to promote, for the benefits of its members, internationalisation, academic collaboration, excellence in learning and research, and service to society. It is also the purpose of the Group to influence European education and research policy and to develop best practice through the mutual exchange of experience.

This article in PDF