Colonised Objects and Bodies in Europe: New challenges and new perspectives on the Decolonisation of Cultural Heritage, 24-25 June 2022

The Coimbra Group is delighted to announce the conference “Colonised Objects and Bodies in Europe: New challenges and new perspectives on the Decolonisation of Cultural Heritage”, to be held at the University of Würzburg (Germany) on 24 and 25 June 2022.

A joint initiative of the Coimbra Group Working Groups on Heritage and Development Cooperation, this event is being organised under the leadership of Giuliana Tomasella, Director of the University Museums Centre at the University of Padova, and Julien Bobineau, Assistant Professor in French and Francophone Literature at the Institute for Modern Languages of the University of Würzburg and Chair of the Coimbra Group Working Group on Development Cooperation.

In both the ex-colonial and the ex-colonised worlds, visions of Africa and its colonial past have become incarcerated in stereotypes, dichotomies, and historical misrepresentation. Especially in European Cultural Heritage, we see a mixture of these ambivalent subjects and habits of lack of self-searching.

But the restitution debate in Europe on cultural objects from Africa (Sarr/Savoy 2018) and the Black Lives Matter movement, which also reached Europe in 2020, have set the course for a questioning of the colonial essence of Cultural Heritage.

Recent questions about history politics, cultural memory and cultural traditions are now also – and above all – debated in public. Museums, Cultural Heritage institutions, Universities with their collections and their self-image are now more than ever in the spotlight of the dynamics of a global debate. 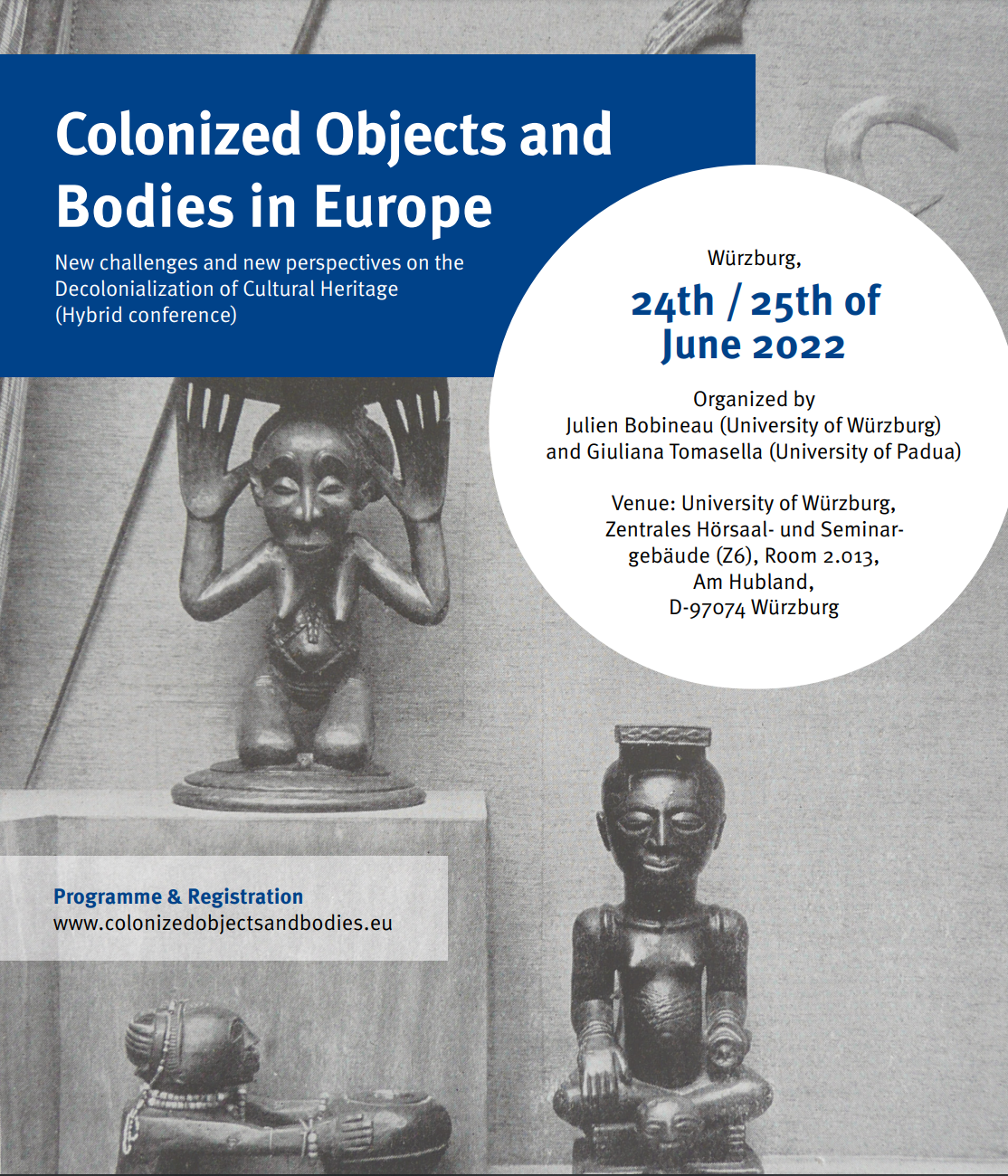