The Coimbra Group, together with 15 Research and Innovation (R&I) organisations, today sent a joint letter to Slovenian Minister of Education, Science and Sport, Simona Kustec, and Commissioner Mariya Gabriel, calling for the inclusion of R&I stakeholders in the co-creation and implementation of the European Research Area (ERA) governance system.

Evoking the calls for stakeholders’ involvement in the Communication ‘A new ERA for Research and Innovation’ and in the subsequent Council Conclusions, the 16 organisations express their support to the Slovenian Presidency’s proposal, as outlined in the draft Council Conclusions of 7 September 2021, in which the European Commission is invited to:

The ERA governance proposal will be finalised at the next meeting of the Competitiveness Council on 25-26 November 2021, which brings together EU ministers responsible for trade, economy, industry, research and innovation.

Including stakeholders in the development of ERA policies and legislation in a structured and sustained way is essential to help the design and take up of ERA policies.

The letter has been signed by the legal representatives of the following organisations:

The letter is available here. 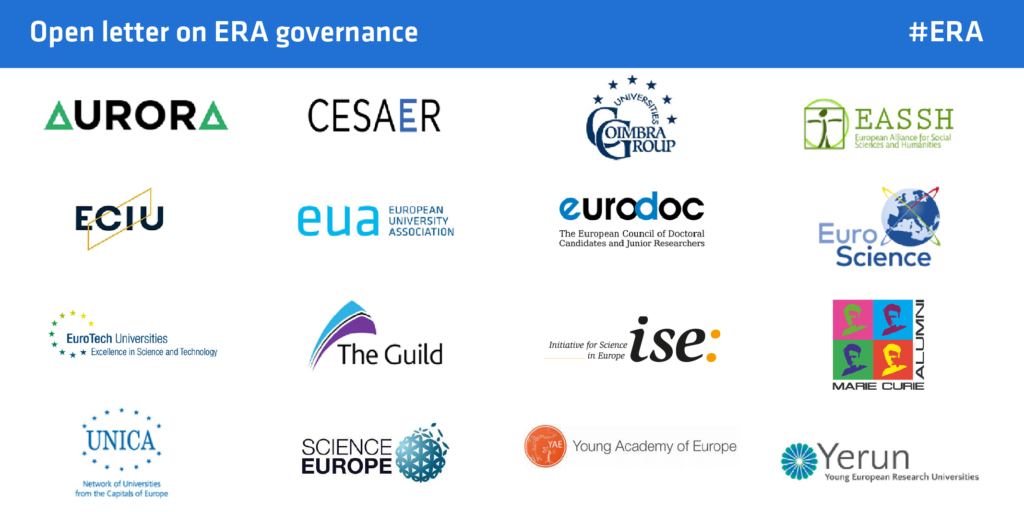